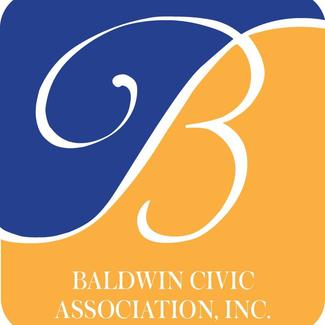 ​The Government Liaison Committee was created to communicate the Baldwin Civic Association’s objectives to government leaders and other outside organizations. Building on contacts made through years of advocating and interacting with government offices on behalf of the BCA, Government Liaison committee members are important contacts with our representatives and often act as spokespeople at official meetings of the Town of Hempstead and Nassau County. Committee members also represent the BCA in the Main Street Alliance and the Long Island Lobby Coalition.

Karen Montalbano was born in Brooklyn and moved to Baldwin in 1970 with her family. A graduate of Baldwin High School and Hofstra University, her career includes almost two decades working in the 1010 WINS newsroom and public relations work for a major nonprofit on Long Island and for several authors. Married for over 35 years to another long-time Baldwin resident, the couple has raised their two children in the community.

Karen joined the Baldwin Civic Association when it was reestablished in 2011 because she felt there was a need to attract more and better businesses to the community. She became the chair of the Potential New Business Committee (now known as the Economic Development Committee), and then Vice President, and was elected President in 2014. Her work with the BCA was recognized in 2013 when she was named the Baldwin Herald Person of the Year.